HOW TO USE OUR SITE

1 Browse our range of products
2 Add to cart, review your order.
3FREE* shipping on orders £50+

If you still have questions, please let us know, by sending an email to info@tastytrotter.com . Thank you!

Visit by appointment only

How You Can Celebrate National BBQ Week

How You Can Celebrate National BBQ Week

by tastytrotter / Wednesday, 22 May 2019 / Published in Uncategorized 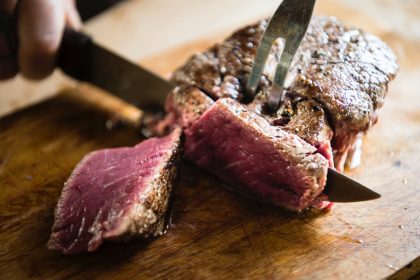 National BBQ Week returns for the 22nd year on Monday 28th May, ending on Sunday 3rd June 2018, and the country will be breaking out the barbeques, grills and hog roasts to fill the air with that delicious smell that is synonymous with British summer.

The British BBQ has developed over the years, as the food, tastes, cuisines and methods have changed to make barbeques become artisan, hip and a favourite for many. Not much can’t be cooked on a barbeque grill, yet it still has its roots in fun, relaxing social gatherings with family and friends.

Join in celebrating National BBQ Week by firing up your grill, treating yourself to a hog roast spit for sale or trying a new recipe for the barbeque. Remember to share your barbeque adventures on social media too!

Here are three of our favourite recipes for you to try in National BBQ Week along with burgers, sausages and steak:

Glazed Spare Ribs
A delicious – and messy – staple of summer barbeques, this glazed spare ribs recipe is sure to be a favourite and can be done in the oven if grey skies appear. If a whole rack is too much, you can divide it, though don’t go smaller than three or it is likely to become overcooked.

Method
Crush the garlic and salt together with a fork to make a paste in a bowl. Add all the other ingredients for the marinade, saving vinegar until last. Add the vinegar in small doses, mixing well till it becomes a thick emulsion.

Spread the marinade over the ribs until it is coated on all sides. Leave it from one to five hours, adding an extra coat of the marinade.

When the barbeque is at a medium to hot heat, place the ribs over without wiping off any marinade. Avoid over blackening by turning frequently, and add extra marinade as you go. The ribs should be cooked within 15 minutes.

Stuffed Peppers
For vegetarians at your barbeque, these stuffed peppers will be very popular, and they are a healthy option for people who don’t want to gorge on meat.

Method
Start with the stuffing; heat the oil in a medium pan with a lid and fry the pine nuts until they are roasted, then add the rice and fry until it is glossy. Stir in the garlic, then add the stock. Bring it to boil, cover and cook it for 10 minutes until the rice is tender. Remove from the heat, letting it cool slightly and stir in the spring onions, tomatoes, cheese and herbs. Season and leave to cool.

Take the peppers, cut them in half and remove the seeds, membrane and stalk. Spoon in the stuffing into the pepper, being careful not to overfill, and place the other half over the top, to create a whole pepper. Take a length of string and tie it around the pepper securely.

Grill the stuffed peppers on a moderate heat for 15 to 20 minutes, turning the peppers until they are evenly browned.

Spit Roast Bourbon Pork
A delicious pork spit roast recipe that you will want to make over and over again, the bourbon marinade brings out all the amazing flavours of pork, and the spit roast will keep the meat moist and cooked to perfection.

Method
Use a food mixer to blend the peppercorns and mustard seed into a fine powder, and add the two tbsp light brown sugar, paprika, garlic and onion powder. Rub the mixture all over the pork shoulder, then wrap it in cling film and leave in the fridge for 12 hours.

Remove the pork should from the fridge and let it stand at room temperature for 45 minutes. Season with salt before placing on the spit roast. While the roast is resting out of the fridge start on the marinade, simply whisk all the remaining ingredients together in a bowl.

Secure the shoulder onto the spit roast, and cook over low heat for 3 and a half to four hours. The internal temperature should be around 63 degrees Celsius when done. After the first hour of cooking, apply the marinade every 20 minutes.

Remove the pork shoulder from the spit roast, cover it with foil and leave it to stand before serving.

Will you be trying out some of your favourite barbeques and spit roast recipes throughout National BBQ Week? Let us know via our social media channels!

What you can read next 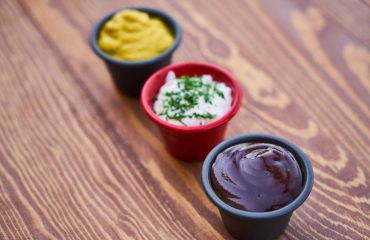 The Best Homemade Sauces and Marinades for your BBQ 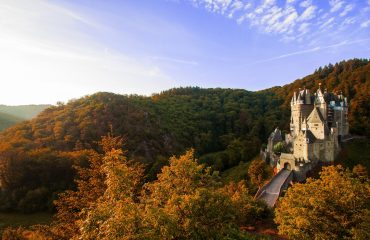 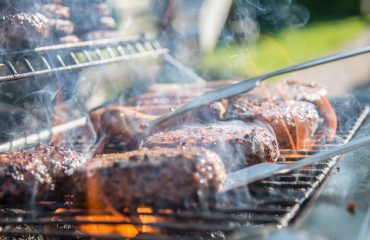